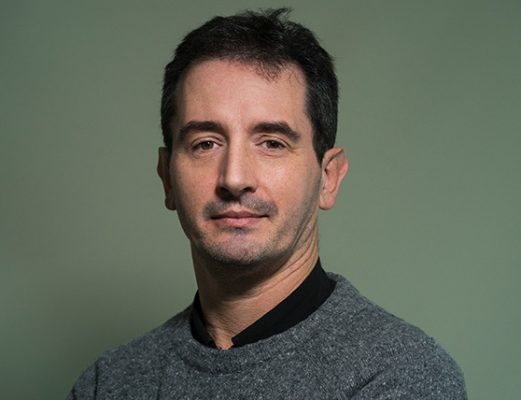 In academic environment of exploration and innovation of digital audio we have been working binaural immersive contents for some time in the iNOVA Media Lab at NOVA University of Lisbon. Through our partners Magnelusa and Sennheiser in Portugal, we came to know the existence of AMBEO Smart Headset (ASH), a portable kit able to capture binaural audio.

„We were astonished with the results and with the potential of AMBEO Smart Headset (ASH) due to the fact that it was easy to manage and very intuitive combined with portability and high quality of capture.“ Paulo Castanheiro

When arose the opportunity to use the binaural kit ASH from AMBEO, we quickly went to the ground to test this type of recording. We were astonished with the results and with the kit potential due to the fact that it was easy to manage and very intuitive. Portability combined with high quality of capture were key factors to us to decide to move forward to a professional project, building a reportage/documentary recurring to this type of audio capture. The main objective was to produce an audio-documentary where the binaural native sound was the head character and the common thread of the narrative soundtrack. As a proposal of the digital innovation laboratory iNOVA of FCSH we set the challenge to the responsible of information in the portuguese public radio in co-producing a radio reportage using binaural technology. Proposal accepted and “hands to work”.

The immersive audio-documentary is a joint work of the sound designer Paulo Castanheiro and the journalist Rita Colaço from Antena 1 that followed the story of 22-year-old Telmo Baldé who became blind three years ago due to a brain tumor.

With the binaural kit placed in Telmo’s ears we followed his daily routine during four months. The unexpected was right there in the front of our eyes or just crossing the street, many days, nights and innumerous travels with no destination and marked time. The sound guided the recording time along the days and gave us the perception of the place.

Nowadays the young Telmo is rehabilitating with the help of ACAPO, a Portuguese association of blind and partially sighted people and he is learning again how to “see” the world using his hearing. For four months Sónia Manzarra, a specialist from that association, helped him learning how to walk in the streets in a new way. During these days she says that Telmo was almost “capable of flying”.

The immersive audio-documentary “With earing eyes” (Com olhos de ouvir in Portuguese) is the first audio-documentary transmitted in the Portuguese radio which received the prize for Best Digital Innovation in the first edition of SAPO Digital Media Awards. It’s a unique and innovative experience in first person and the listeners with AMBEO audio technology in 360 degrees can listen the same way as Telmo.

The iNOVA Media Lab continues to develop experiences in new immersive audio formats in view to provide new ways of audio innovation in partnership with Magnalusa and Sennheiser in Portugal. Currently we are producing an immersive narrative for an augmented audio application “Dreamscape” recurring to binaural audio for “Augmented Audio Developers Program” of Sennheiser AMBEO.
In February 2019, we have already co-produced another huge reportage using AMBEO Smart Headset (ASH) again. “Imagine Line” (“Linha Imaginária” in Portuguese) is a huge reportage from the journalist Isabel Meira, with sound design of Paulo Castanheiro which connects a rugby project in the feminine jail of Santa Cruz do Bispo with the story of the ex-imprisoned Andrea and her 9-year-old daughter Nadine.
About the experience with Sennheiser AMBEO technology, we are still not satisfied with the work done until now. We have more on the way.